The fine and sunny weather was as good as it gets in the middle of winter, setting the scene perfectly for our return to organised pétanque after the shutdown. At times it had looked as if our season was over and we can count ourselves very fortunate to be in a position where we could squeeze in one more round to finish off the 2019/20 Interclub competition. On such a beautiful day, the COVID-Safe requirements did not dampen the mood at all.

With 28 triples teams, the attendance was only just shy of the record set in January, suggesting that the unexpected interruption has not taken the momentum out of our recent growth trend. A few of the regulars were not yet ready to emerge from their isolation bubbles, but this was offset by a very pleasing number of new players participating for the first time — representing five different clubs! (Not to mention the presence of some who would normally be sunning themselves in warmer climes at this time of year.) It would seem crowds of this magnitude are going to be our ‘new normal’.

On the day, it was Penny Lyons, Steve Hambour & Terry Hall from FAB who finished unbeaten and took the top honours. Congratulations to them. This notable achievement is the first time the gold medals have gone to a FAB team since 2009 (Erica, Craig & Anders) and it brought great joy to the growing FAB contingent. It came on the back of an epic fifth round tussle against ESP’s Arwed Turon, Nick Armstrong & Maurice Belz. 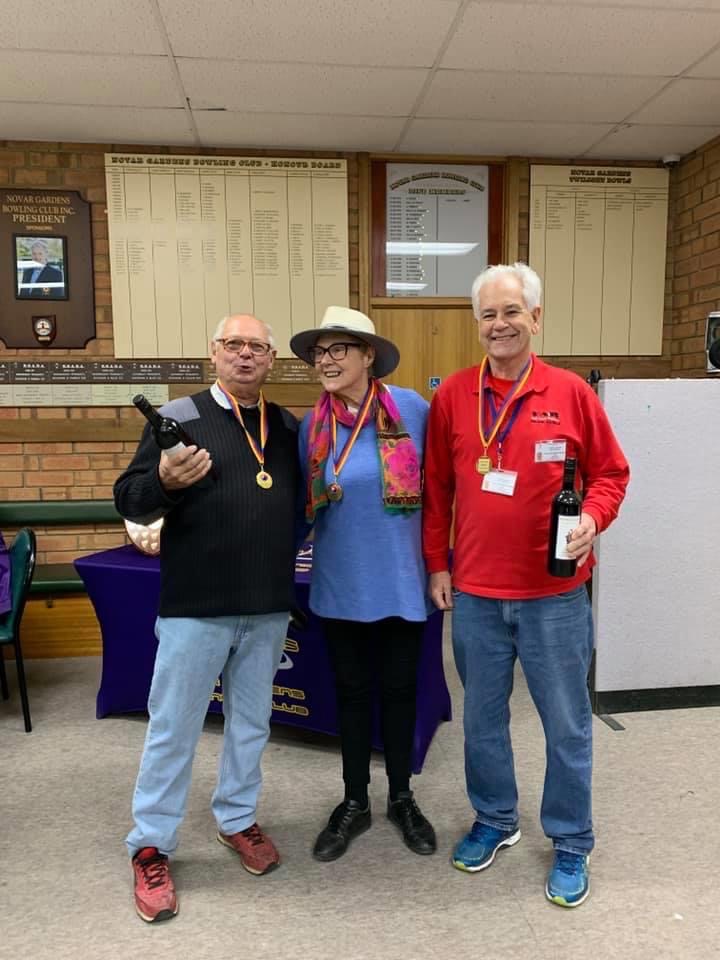 For the silver medallists, Dave Ward, Tory McBride & Lionel Pujol, this marks the first time in five seasons that this enduring trio haven’t won one of the six Interclub rounds. However, they did have a couple of near misses and they could argue that this shortened season doesn’t really count. Let’s see what happens next year.

As for the club championship, no-one was surprised to see the dominant Eastern Suburbs  squad seal the deal and claim another title. Coming in with a meagre six point lead over AHP, they left nothing to chance in the season decider by occupying three of the top four positions. Congratulations on another commanding performance.

For the challengers, Adelaide Hills, this season will also go down as something of a success. Their best yet, in fact, as their influx of newer players start to find their feet. More accustomed to coming fourth, it’s just the second time the Stirling-based club have finished as high as second in the championship. On the other occasion (2007/08) they were just clear of third and well short of first. This time, the gap between first and second was smaller than their margin ahead of third-placed Club d’Adelaide.

The Novar Gardens squad is another that is rapidly maturing. They, too, finished the season on a positive note, with a creditable haul of 24 pts being enough to bring them up into equal fourth place (tied with Prospect). This is the best finish yet in their short history and sets a new benchmark for the future.

FAB were the other club to improve their position in this round. Second place wouldn’t have been good enough, but the points earned by their gold-medal-winning team lifted them into sixth spot, three points clear of Gawler.

It’s been an exceptional year in so many ways. The global pandemic has presented many challenges, right around the world. But for the SAPL Interclub competition, it has been an exceptionally good season despite that unwelcome interruption. Attendance figures have continued to grow and are reaching new heights. The atmosphere and competitive spirit has also been first-rate.

This year’s results were much more even than some we have seen in the past, with most clubs still jostling for position right until the end. In part, this is because there is a new generation of players who have been steadily gaining experience and honing their skills, thus closing the gap against their more established rivals. However, another factor may have been a subtle change to the format at the start of this season which has also helped to open up the competition. A switch from seeded draws to randomised draws, for the preliminary rounds, has made the competition less predictable and gives all teams an equal chance of tasting victory if they’re good enough on the day, irrespective of how they fared in the previous round. This will continue.

The League wishes to thank all those who make this competition possible. In particular, we are grateful to those who take on the often-thankless job of umpiring, to the administrators, and to the host clubs and their bands of willing volunteers who always seem to rise to the occasion and take good care of us. Collectively, you have helped make the competition what it is today. 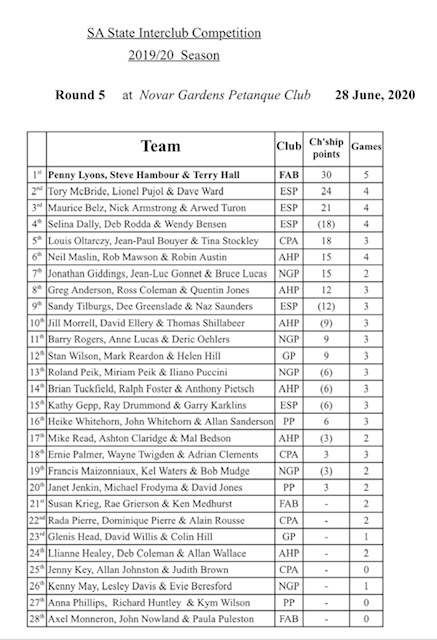