This year’s SA State Singles Championships were held in ideal fine and mild conditions. A total of 45 players (another attendance record) took to the expansive Novar Gardens pistes to battle it out in the most demanding form of the game.
The Open attracted a very strong field and every win had to be earned. By lunch time, only 4 of the 32 players had managed to get through their preliminary games unscathed. However, morning form is not always a good predictor of afternoon form and it is the latter that matters most. On this occasion, three of those front-runners fell by the wayside in the qualifying rounds — quite spectactularly in some cases.
Ultimately, the cream rises to the top and it came down to a Final between two of the grand masters of SA pétanque. On one side was Lionel Pujol, the 2018 Champion and the only player to have gone all day undefeated. His opponent was Dominique Pierre, the 2016 Champion, whose one point victory in the semi-final against last year’s winner (Maurice Belz) was possibly the match of the day.
The Final was not the cliff-hanger that some may have hoped for. Dominique, the man who “hates singles”, once again reinforced his reputation as The Dominator. The other time Dom won the SA Singles it was a sign of things to come as he went on to claim concurrent State titles in Open Doubles, Mixed Doubles and Triples — a historic achievement that has never been matched. Is this victory another sign?

The Women’s competition was also hotly contested and, like the Open, no player got through the day without dropping a game. Also similar were the couple of players who were looking very strong in the morning session only to fall away abruptly after lunch.
Qualifying for the Final in first place was Deb Rodda, hungry for success in an event that had always eluded her. A series of near misses over a number of years had kept this box unchecked on her otherwise impressive CV of achievements at the local, national and international level. The second finalist was Rada Pierre, another experienced international and proven performer and the winner of their previous encounter earlier in the day.
The Women’s Final did not disappoint. No quarter was given on either side but this time Deb was not to be denied. She can now join the elite group of players who have won a complete set of State titles in Women’s Singles, Doubles and Triples. 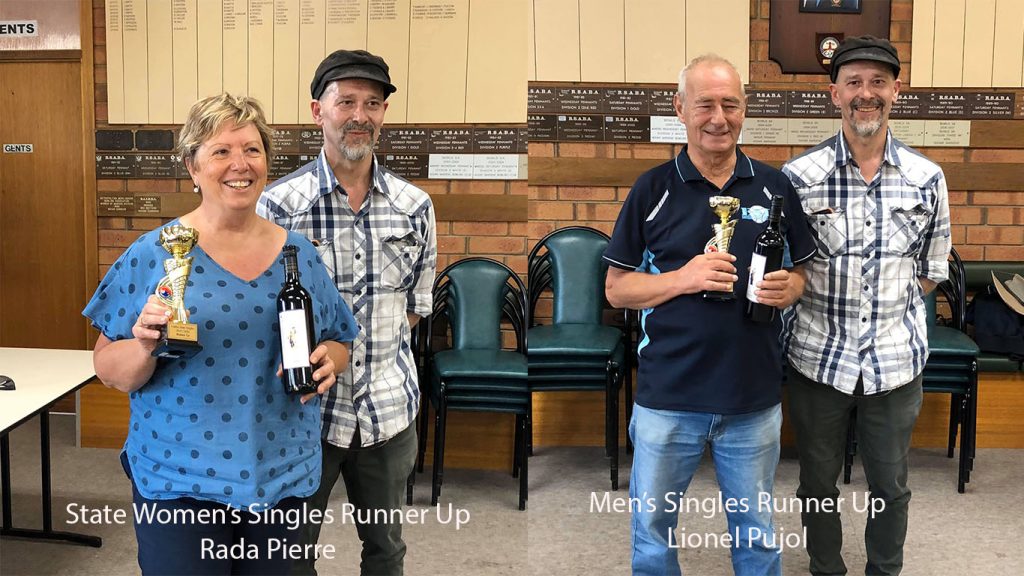 Thanks to the ever-efficient Novar Gardens crew for hosting, particularly to those who put in some long hours to ensure we had sufficent pistes for the event. 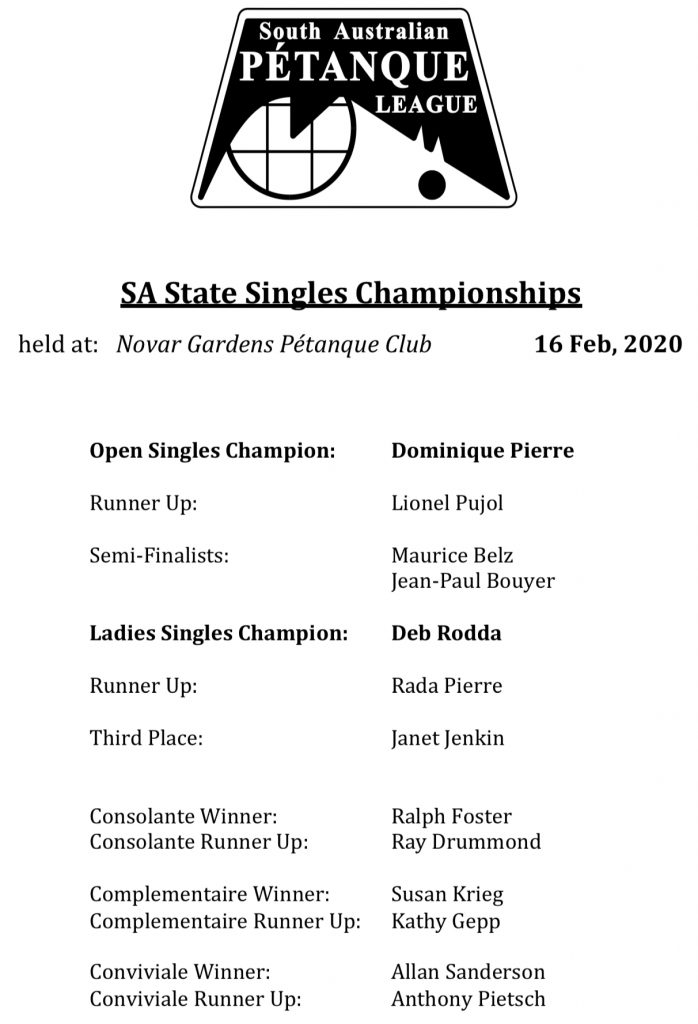