This year’s SAPL Mixed Doubles Championship was played in ideal fine and mild conditions. Twenty-four teams participated ‒ the biggest turnout we’ve seen in the four years that this event has been running. While very competitive, the atmosphere was also quite convivial and sociable, as it usually tends to be with a mixed doubles format.
At the end of the day, there were only two undefeated teams left to fight it out in the final. The defending title-holders, Wendy Bensen & Alexi Alexi, had seen off allcomers to this pont in resounding fashion, but on this occasion had to settle for the runners-up trophy. They were no match for the new undisputed champions, 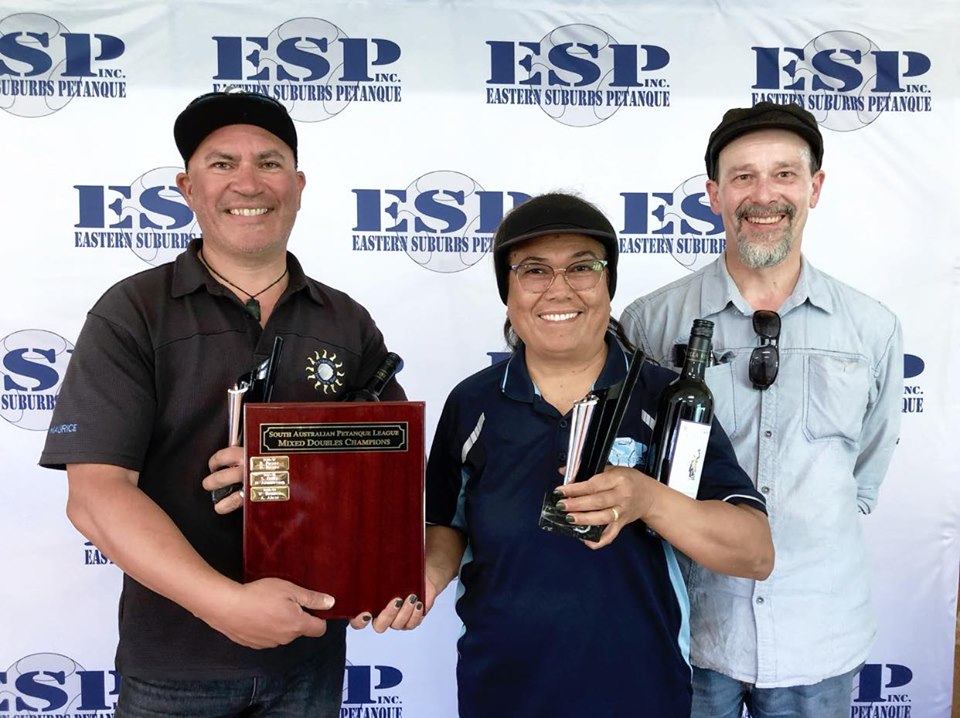 In taking this title for the second time, Selina can add “first multiple winner in Mixed Doubles” to her already impressive list of SAPL records. As for Maurice, already the reigning State Champion in Singles and Open Doubles, this is another box ticked. It caps off a remarkable twelve month period which has also included four Interclub appearances yielding three gold medals and a silver. Maurice’s arrival in Adelaide has possibly set the bar higher for the rest of us than it’s ever been before.
A special mention must also go to Evie Beresford, the youngest player in the field by a considerable margin. Teamed with coach Tim Whelan, Evie showed that she has already become a very accomplished pétanque player in a short space of time, holding her own against others that have been playing since since before she was born. Evie & Tim not only made it all the way to the the semi-finals, their score of eight points against Selina & Maurice in that game was the best that any team could manage on the day.
Thanks to all who participated and to all the helpers from the Eastern Suburbs club who ensured everything ran smoothly. 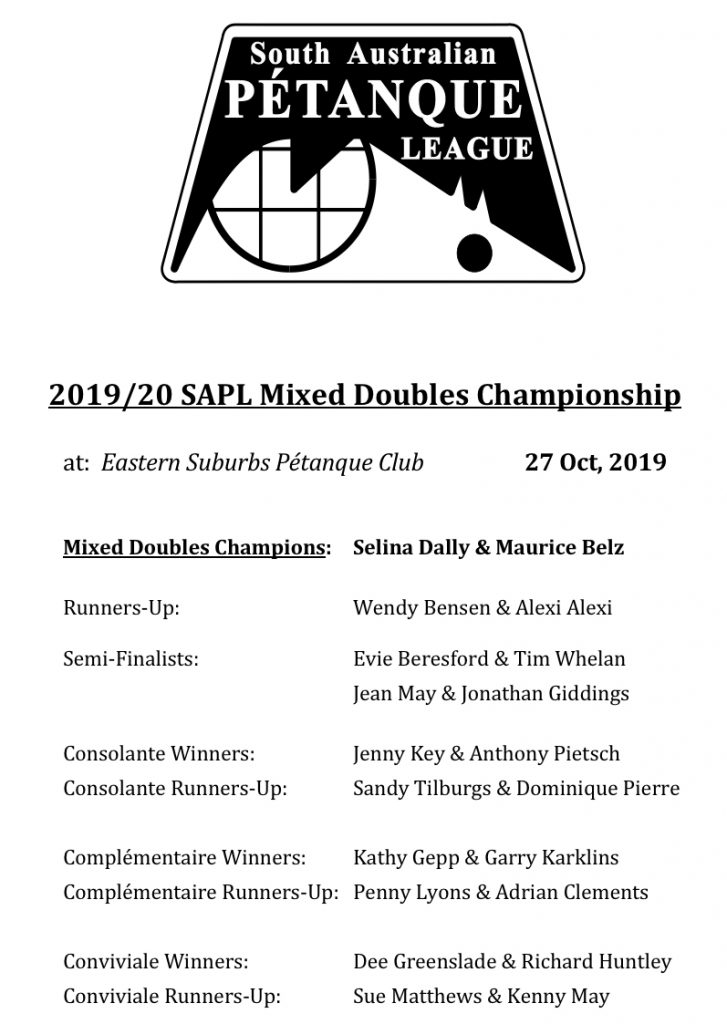