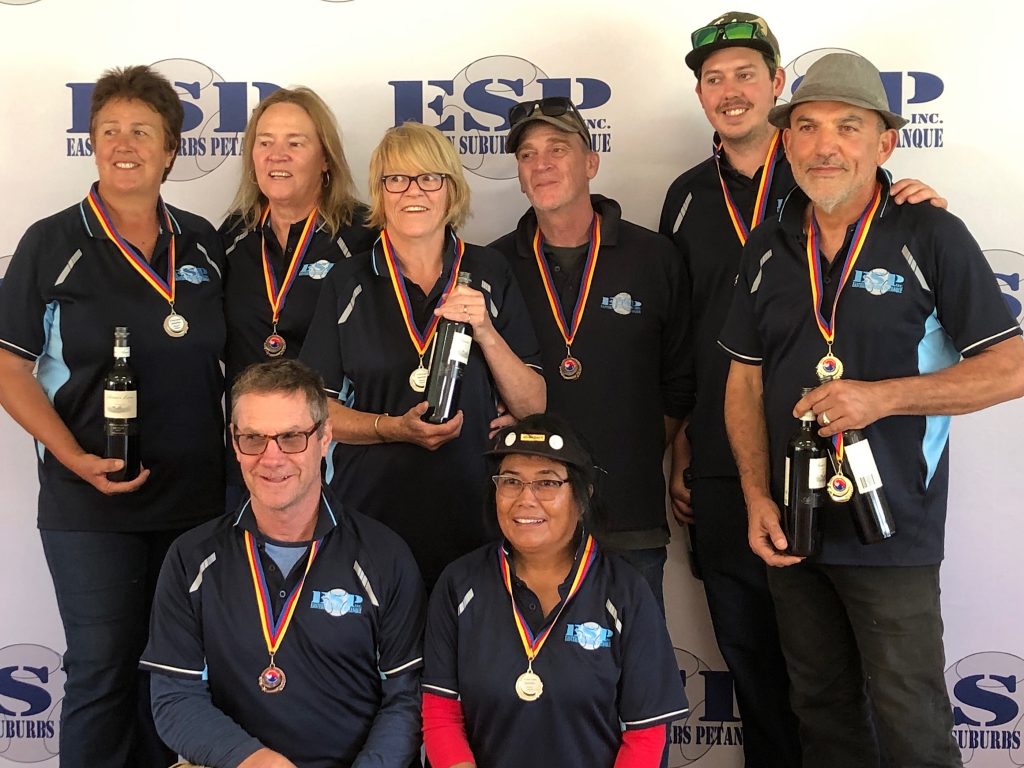 The final round in May will be a ‘dead rubber’ from ESP’s perspective, but for the other clubs there is still plenty to play for. Pride is on the line and some of the secondary battles have become decidedly interesting. In particular, another strong performance by Prospect, together with an unusually lean day for Club d’Adelaide, has seen the former leap into second place ahead of last year’s champions. Now facing a sizeable 18 point deficit, Adelaide will have their work cut out if they are to regain the position.

The other spot still up for grabs is fifth – sometimes referred to as the minor premiership. Gawler started the season strongly but have slipped behind the other two contenders, FAB and Novar Gardens, who have been locked in a tight arm-wrestle throughout. In this round, it was the Supernovars who had teams finishing in 7th and 12th place, thus securing a valuable 18 points. This leaves them in prime position with a handy (but not insurmountable) 11 point lead ahead of FAB.

Meanwhile, the fates of Adelaide Hills (4th) and Port Noarlunga (8th) appear to be sealed, but it was nice to see Port Noarlunga get some points on the board with a creditable 8th placing in Round 5.

Another good turnout of 22 teams was great to see. Thanks to ESP for hosting the event. 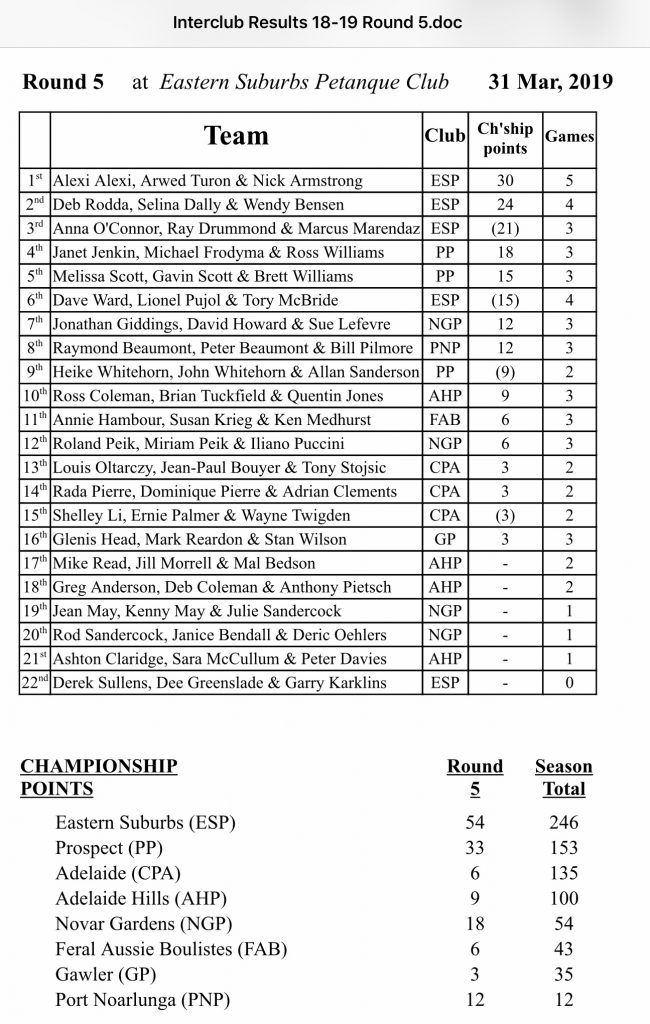