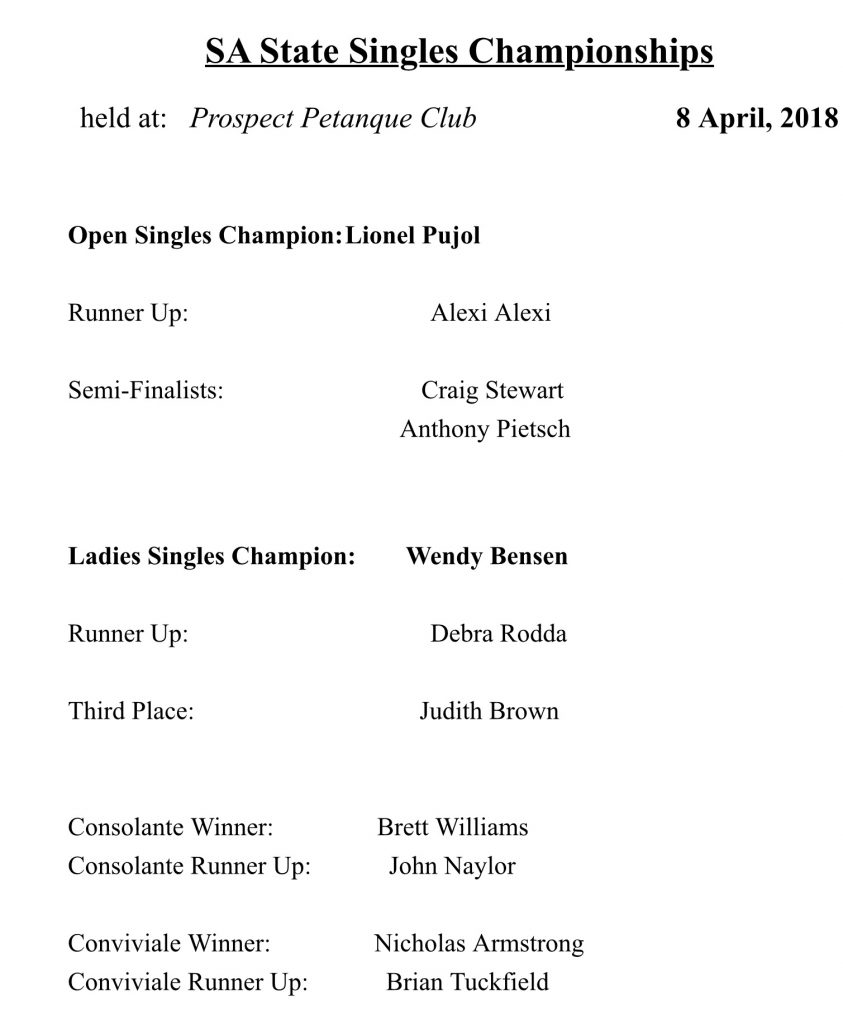 This year’s State Singles Championships were held in unseasonably warm conditions which proved quite taxing in the morning session, but an afternoon wind shift offered some relief later in the day.
The most notable thing about this year’s Open was the evenness of the competition. It was a strong and larger than average field, but a few players who have dominated proceedings in the past were absent this time around. The result was a day full of epic battles and close results. The stats tell the story…
Of the fifty games played in the morning session, half of them went to a score of 13|9 or higher. Across all games after lunch, this ratio was again exactly 50%. Historically, we would normally expect it to be more like 25-30%. Breaking it down further, about a quarter of all games had scores of 13|12 or 13|11 — three times the number of games less than 13|3.
Unfortunately, one consequence of so many close games was that the competition proceeded more slowly than expected. It made for a long day, with the final played under lights and finishing more than two hours later than other occasions where the same format has been used.
The new State Open Singles Champion is Lionel Pujol, who peaked at the right time and lasted the distance when others around him were flagging. In particular, his victory over Alexi Alexi in the final bucked the day’s trend towards close games.
A multiple veterans champion in singles and doubles, this is Lionel’s first Open state title and he is the first player from the Prospect club to win the Singles. Alexi, on the other hand, had to settle for the runners-up trophy for the fourth time in seven attempts since winning the event ten years ago.
Meanwhile, the Ladies competition stood in contrast to the Open in many respects. In was over in quick time due to the low number of entries and it was dominated by just a couple of stand-out players. Congratulations to Wendy Bensen, whose victory comes hot on the heels of her second-placed finish in the national singles championship. Runner-up was Deb Rodda, who also distinguished herself at the Easter nationals.
Thanks to the Prospect club for hosting the event and to all who participated.