Spicy Bites is when we celebrate all things Mahesh: it’s a doubles competition, register as a team or if you don’t have a partner let us know and we will put you together with someone.

There will be great prizes and an awesome lunch organised by Suki and his mother, Shireen.

Please confirm if you are playing by Wednesday 5 July, so we can get numbers for catering.

Everyone is welcome to play.

Overcast skies and a few patches of light misting rain were not enough to dampen the spirits of the 23 teams that took to the pistes for the final round of the 2016/17 season.

The large turnout was reminiscent of days gone by, when numbers like this were the norm, and it was due in large part to the arrival of the state’s newest petanque club — Novar Gardens. The ‘Supernovars’ came out in force, providing a welcome injection of life into the competition, and their enthusiasm was infectious. Finishing with two teams in point-scoring positions on their first outing, despite very limited experience in the game, suggests they may become a force to be reckoned with before too long. Their inclusion is most welcome and the rest of us look forward to playing a league round at a new venue, later in the upcoming season.

As for this year’s championship, a resounding victory to Eastern Suburbs came as no surprise, as they had built up a lead that was virtually unbeatable by the end. Nevertheless, they had good reason to celebrate breaking a five year drought and ending a long period of dominance by Club d’Adelaide, who finished second. To ice the cake, the ESP team of Sukrit, Raja and Garry took home the gold medals on the day. END_OF_DOCUMENT_TOKEN_TO_BE_REPLACED

The Calendar for the next year has been released.

A doubles by team competition at the Prospect Club will be held on the 2nd of July at 10.30am.

Note: This is a sanctioned event. 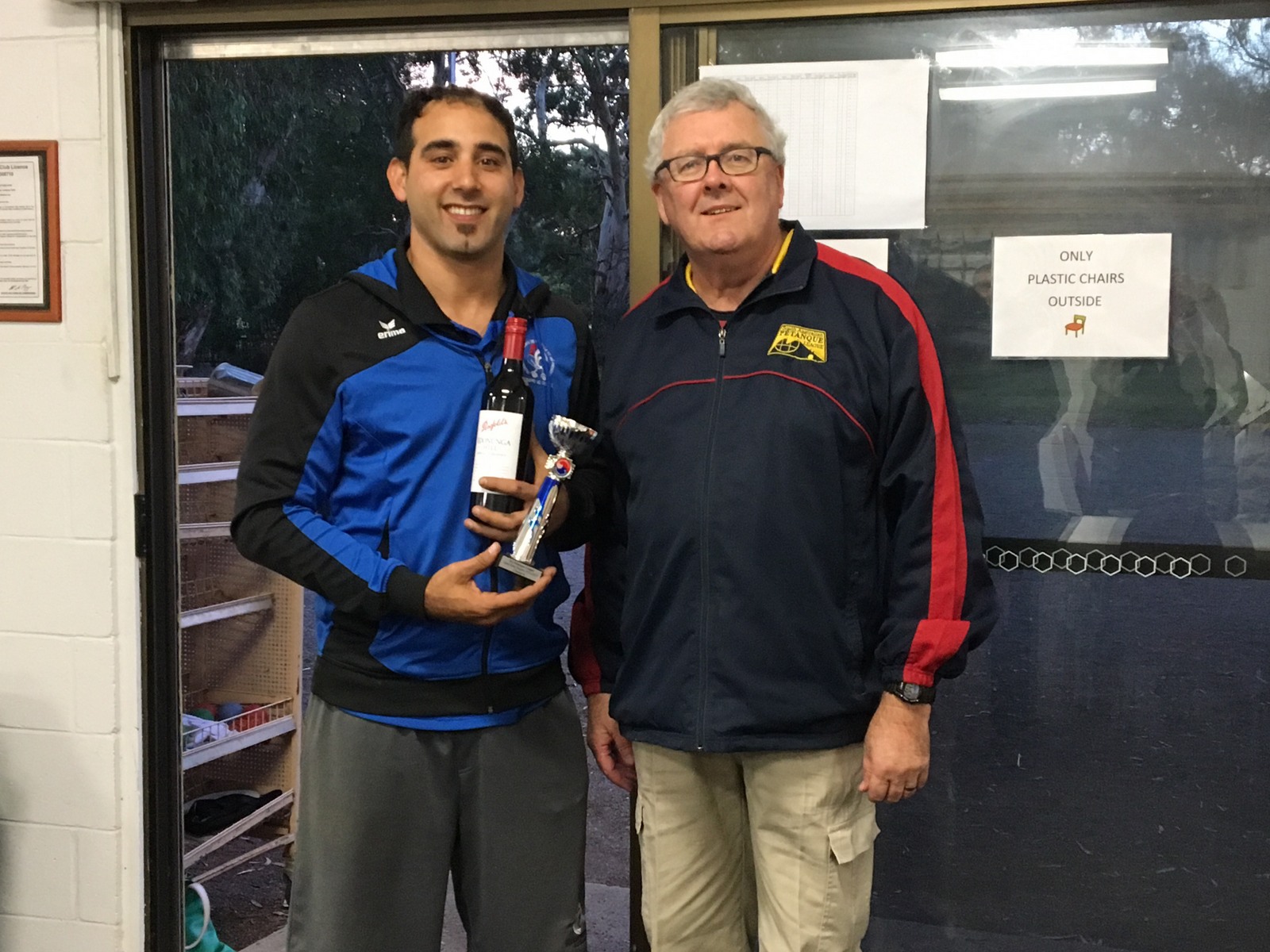 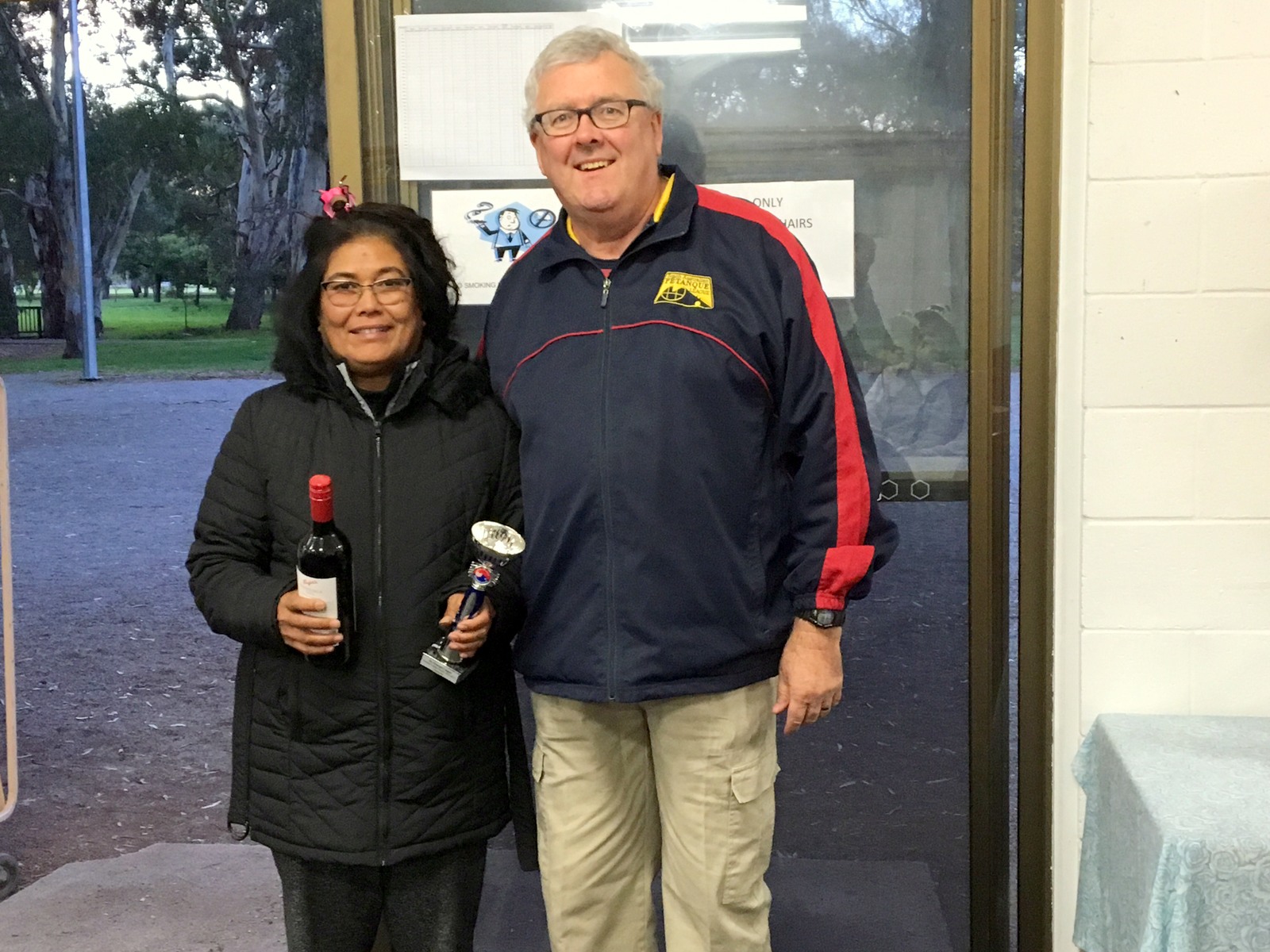 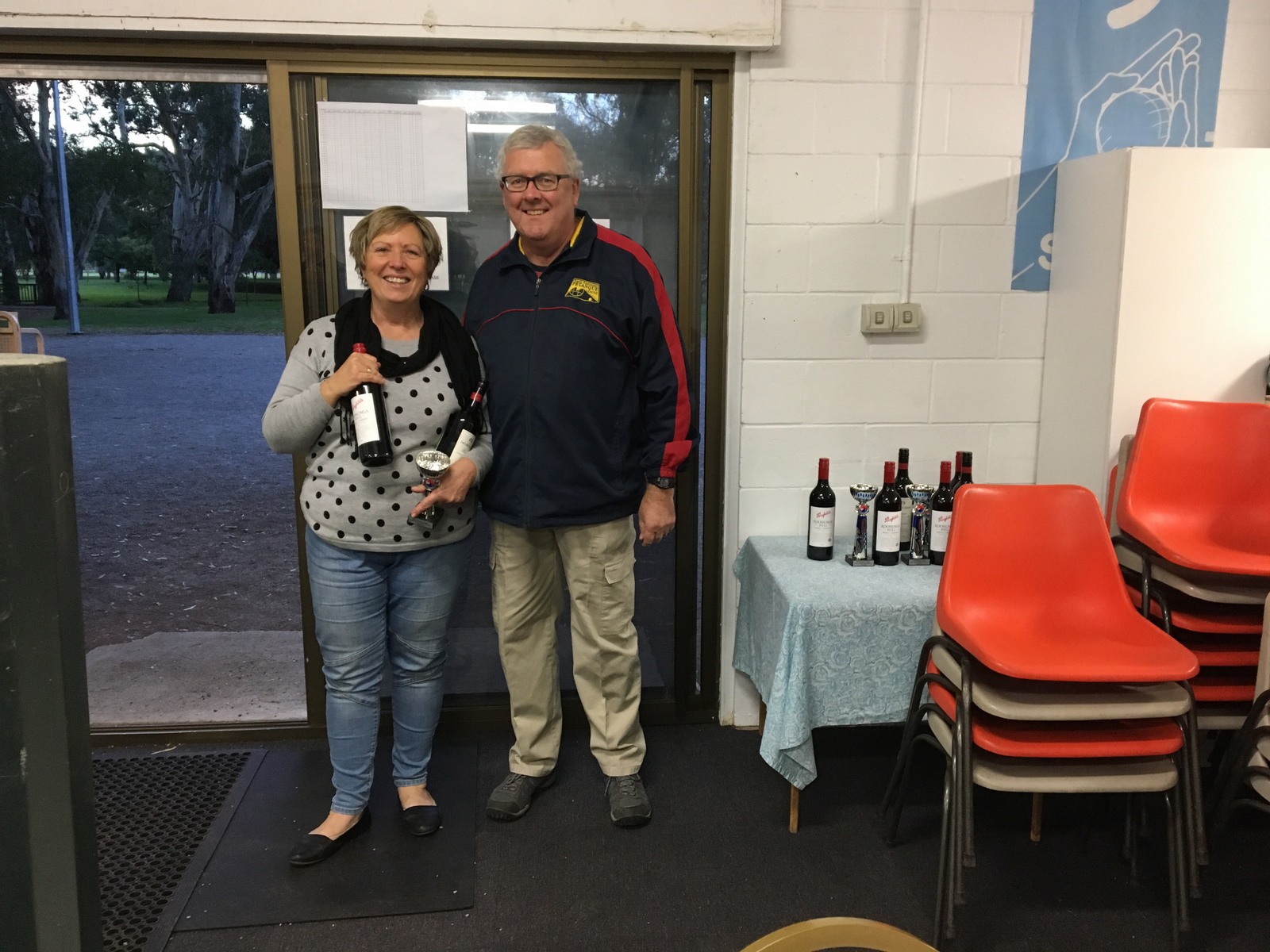 After a frosty start, the 2016/17 State Singles Championships were held in cool but sunny conditions.

It was an evenly matched field of sixteen players that took to the pistes in the Open competition. No-one got through the preliminary rounds unscathed. In the absence of four-time Singles champion Lionel Chazal, the biggest question going into the day was whether Dominique Pierre could continue his run of consecutive state championship victories. Having already rewritten the record books, the only box left unticked for the reigning Singles, Doubles, Triples and Mixed Doubles champion was to claim all four titles within a single season. A win here would do it. However, all good things come to an end and that must remain a pinnacle as yet unclimbed.

The format used in the Open continues to mystify many but, like last year, it achieved its aims of bringing the cream to the top while keeping everybody else interested for as long as possible. Here, the role of the Round 6 games was particularly significant. This round was designed to correct any potential imbalance between the two pools in the original random draw. As it transpired, the top six players from Pool A all won their game against one of the top six players from Pool B, which would suggest that such a correction was definitely warranted in this case. Hence, five of the final eight came from Pool A and only three from Pool B. END_OF_DOCUMENT_TOKEN_TO_BE_REPLACED